PMM speak to EDT about their Innovative Machine

After a stint working in Saudi Arabia, the now Managing Director of EDT Automotive, David Holmes, believed he had discovered the ‘holy-grail’ of the motoring industry. Having witnessed a unique decontamination machine in progress during his time overseas, David soon struck an agreement to be the sole importer of the revolutionary device.

Now, 3 years on, Professional Motor Mechanic Magazine talk to David and Operations Director, Gary Rowney, about their exhilarating journey to the forefront of the Automotive industry.

Speaking about their incredible rise, David states that “hitting the £1m turnover mark is an extremely important milestone. It exceeds what we thought was an ambitious target when we first set up the company three years ago.” He continues  “In our first year of trading we’d overseen nearly 40,000 treatments, which tells you everything about the quality of the product. In early 2015 we decided to expand our selection criteria to include the best independent garages and we haven’t looked back since.”

Operations Director, Gary Rowney added “For workshop partners, our pay-as you-go model means the up-front costs are minimal. The machine is essentially provided to them free of charge, subject to them carrying out a minimum number of treatments – which they pay for individually – per month. Those that have embraced the concept are carrying out as many as 100 treatments per month, which creates a fantastic new revenue stream for any workshop business.”

For more information call EDT today or click below to arrange your engine cleaning treatment! 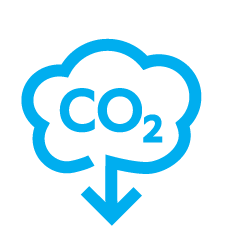 Celebrating a Year of Expansion at EDT Automotive